Yes, it took a lot longer than we thought. Yes, there were quite a few unforeseen issues, but finally, nine months after we bought our place, the garden apartment is finally ready to rent. Here is what it looks like: 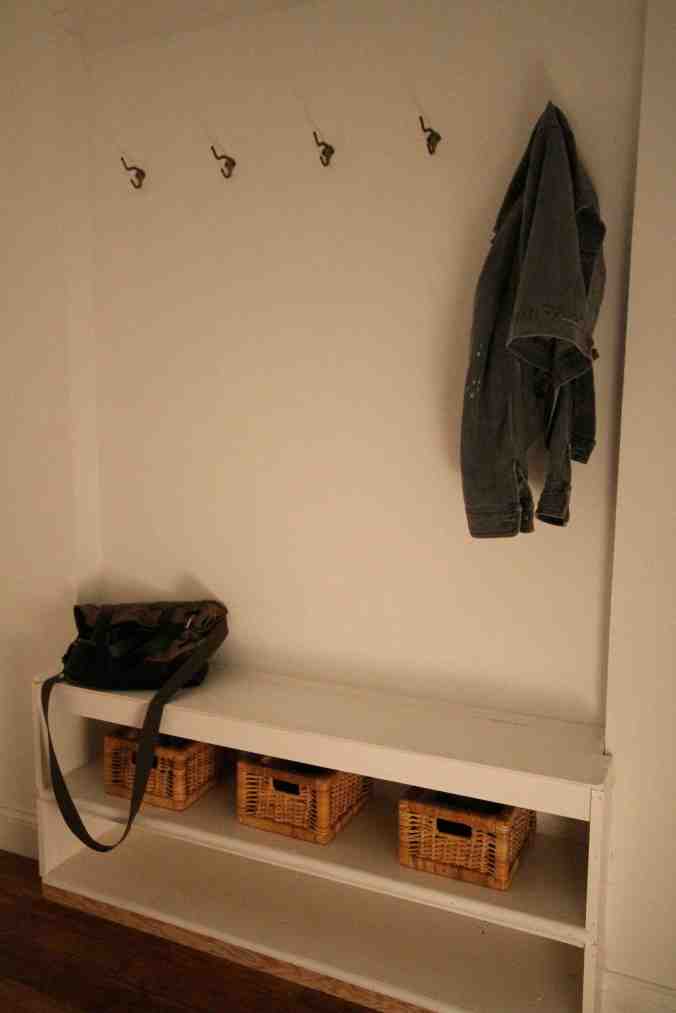 We created an entry way with a place for shoes and coats.

For the bedroom, we added a set of French doors in place of the existing archway to give the space more definition (and some privacy). Best of all, the doors were free! In addition to the doors, we put the original summer cover back on the fireplace and also removed old paint splotches and varnish off the tiles. This is what the space used to look like: 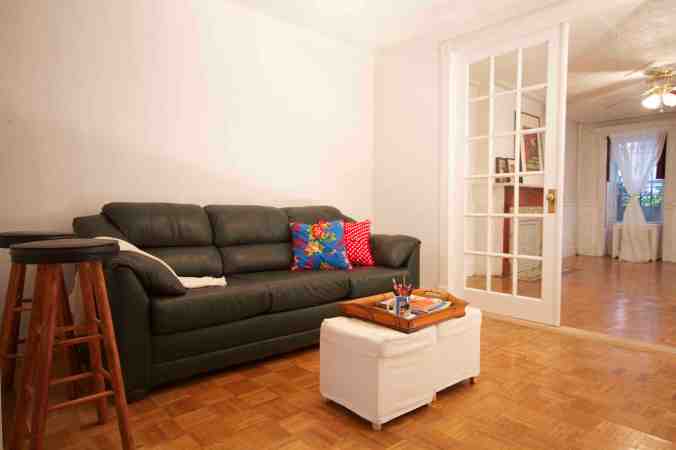 The previous owners used this room as a dining room, since it’s right next to the kitchen. We made the space larger by removing the upper and lower cabinets in the kitchen next to the fridge. We added a small counter with shelving beneath and moved the large lower cabinet to the empty wall of the kitchen.
It used to look like this (photo from the real estate listing)

We removed the island, since having an island that was mostly occupied by a cook top, plus having a (tiny) separate oven that occupied a huge amount of wall space didn’t make any sense. By removing the island we created enough room to make it an eat-in kitchen. It now looks like this:

The previous owner didn’t tile under the island. You’d be shocked – SHOCKED! to learn that this tile pattern is no longer available. Pulling up the entire floor was cost-prohibitive because of the manner in which it was installed: leveling cement and wire mesh over the original hard wood, which basically turned the original wood floor into something that cannot be salvaged. So for now we ended up with the above patch…
Last but not least, we added shelving units to the laundry area to make the space less awkward. Because of where the existing plumbing was, the washer/dryer had to be in its current location.