There has been a change in the construction crew at the gut reno project in my neighborhood.

(I say this as if there is only one. Sadly, there are many, but that’s fodder for another soapbox).

The construction foreman, who was saving me the stuff, is no more. It’s back to chucking everything onto the pile in the front yard. Sigh. It seems the same law of physics that makes the toast always land butter side down also dictates that anything worth saving is alway at the bottom of the pile.

(I am trying not to think about the intact garden level trim that was so carefully removed, now tossed)

Once in a while, however, there is good stuff to be found at the top. Case in point: a broken medicine cabinet. I found this when I accidentally/on purpose took the long way to the bodega. 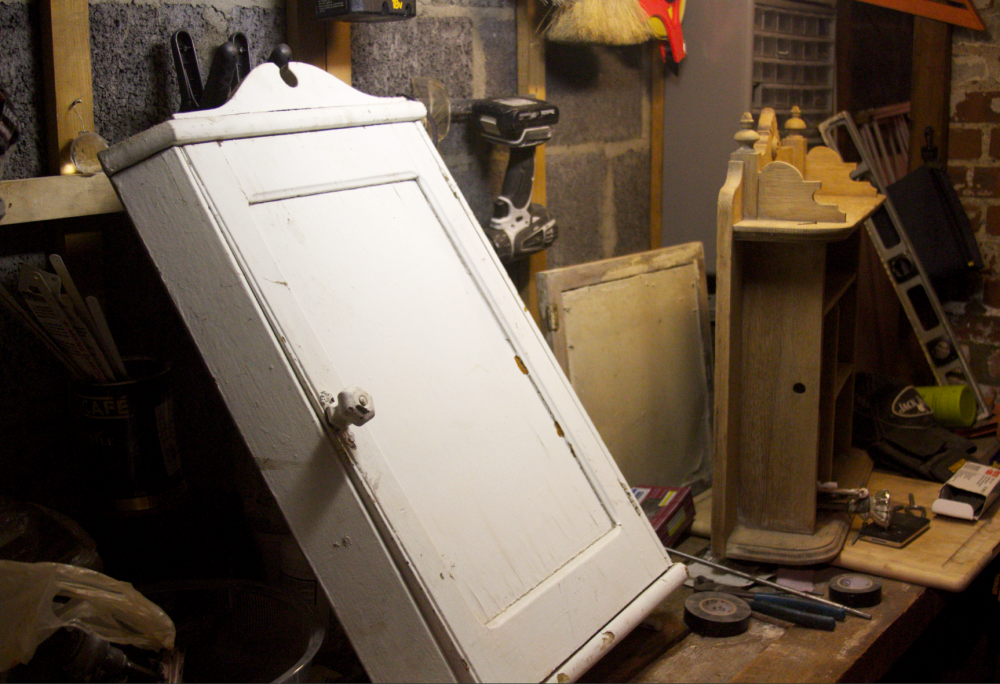 The mirror is long gone, but the worst part is that this cute little medicine cabinet was basically ripped out of the wall.

The back is gone, as is one of the sides.

It has a pretty knob (probably not original) and a pretty piece of hardware underneath (not sure original to the cabinet, but it is of the period because we have the same kind in our house).

I think originally it had a locking latch, given the notched out part that has been filled (or is that the lock, hiding under all that paint?)

It’s covered in several thick layers of paint – but that’s pretty much every piece of woodwork in my life right now. I’m confident it can be made pretty again. As a point of comparison, this is what the medicine cabinet original to our house looks like mid strip. It too was shellacked in layers and layers of paint.

(lame flash photo. The overheads were casting a huge shadow inside, and I was too lazy to drag the big work light over).

It has all the pieces, including the locking latch (see notched out part on the left?) 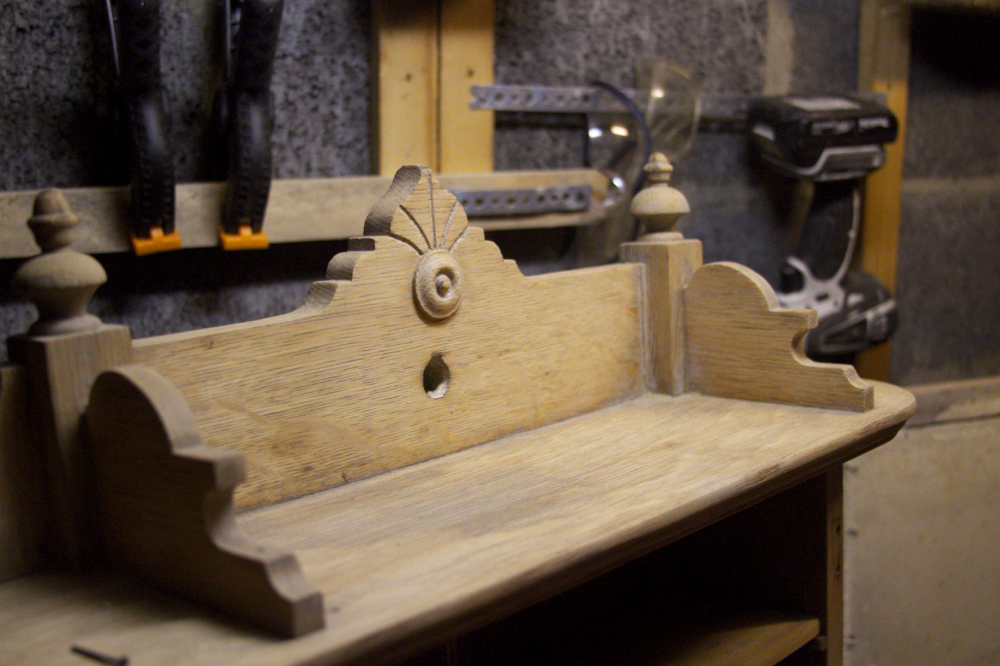 I’m really interested in the woodwork from that particular gut reno, because the house was built around the same time as ours, and by the same builder. I figured it’s the best chance to find the closest match for what is not longer here. Once I strip my little find, replace the plywood with a mirror, and cajole the hubs to rebuild the side and back, it will be pretty once again.

View all posts by Pink Bronwstone