I always wanted to pull the original architectural drawings for our house, a task that requires equal parts patience and luck. New York City often notes the building date of 19th century structures as 1899, a year that is essentially random. I’ve been told that this is because there was a fire, and records were lost. I’ve also been told that it’s just plain old sloppy record keeping. I believe both explanations.

With the help of a friend, a trained professional in following old house clues, we found this in the Department of Building file of our house: 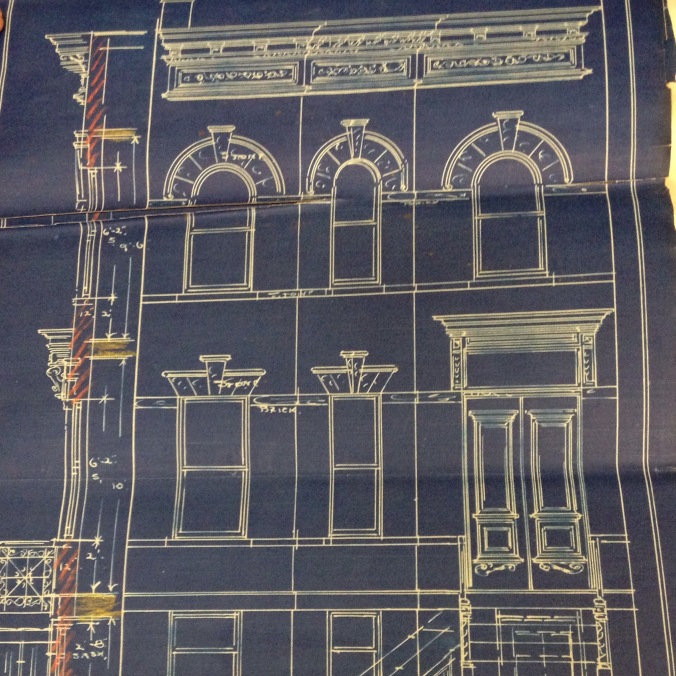 Super awesome, right? Absolutely the picture of what you think an old house blue print would look like, including the color pencil markings. Just one teeny tiny problem: that’s not our house. Not even close!

In the old days, when swaths of brownstones were built on spec, developers frequently filed one set of plans for the whole tract, so the drawings  would be more or less representative of what the finished house would look like. Even taking that into consideration, the discrepancies were still huge.  Not to mention the fact that these plans were filed almost a decade after Alphonso Welch moved into the house with his family. 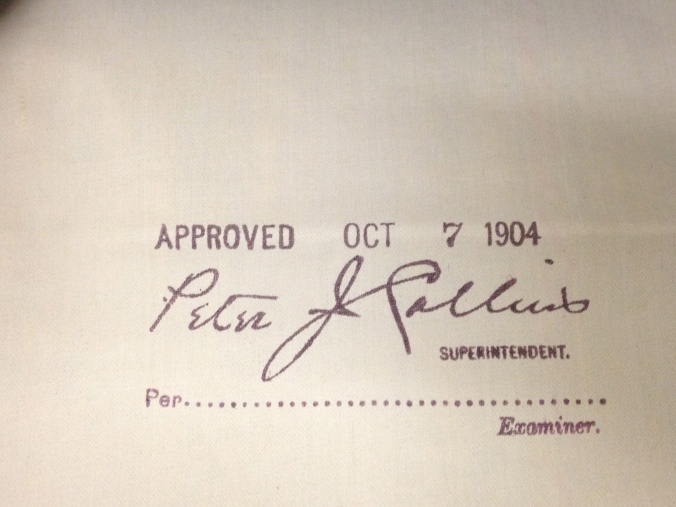 The DOB records note that the 1894 plans for our house would be in the folder of our neighbor’s building two doors down. The above plans were misfiled and belong to a long-gone structure a block away. Seems as DOB’s sloppy record keeping dates way way back…

We requested the folder to the neighboring house and sure enough, the plans were there. Daniel McDicken was the developer of our row, which takes up the majority of the north side of our block. The plans filed covered 5 houses, and looked decidedly less picturesque than the one above. 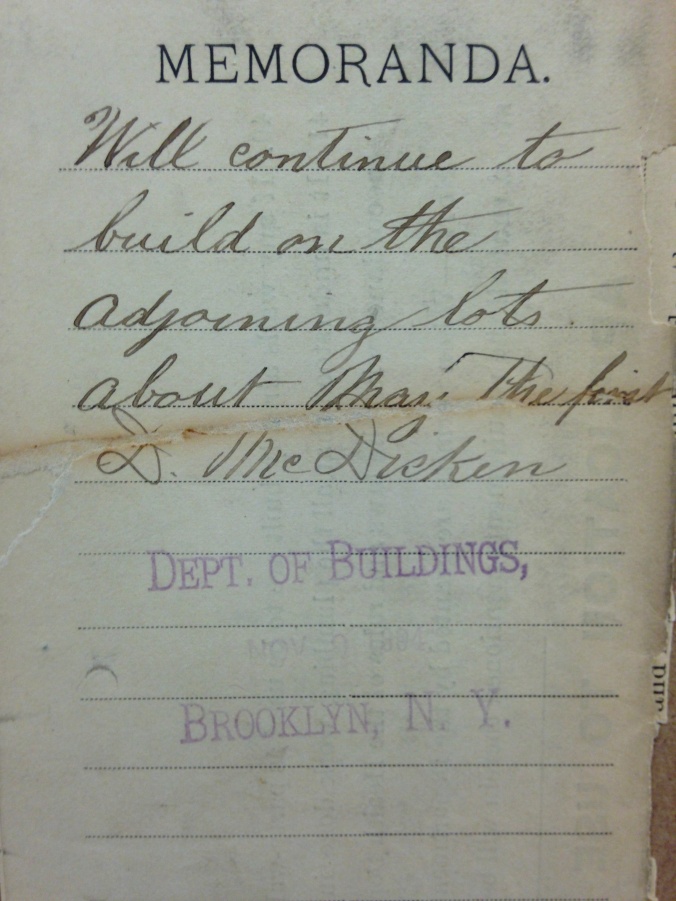 If you look very very closely, you can see the date of November 9, 1894 on the DOB stamp

This would be a good time for me to describe what the records department at the Brooklyn office of the DOB is like. It’s in a little appendage of a larger room; a hallway, basically. There is a counter, behind which sit two workers protected by what seems like an unreasonably thick layer of glass, given the type of work they do. There isn’t anywhere to sit (or stand), and a lot of the people there seemed to do an unusual amount of pacing back and forth. It is a horrible and sad place, like a smelly armpit of humanity.

(and of course, you have to request the records ahead of time and when you realize you have the wrong ones, you need to make a new request and come back on a different day. Because of course you do).

Anyway. What’s a return trip to the armpit of humanity when you get to actually see your house plans? Peanuts, I tell you. totally worth it! 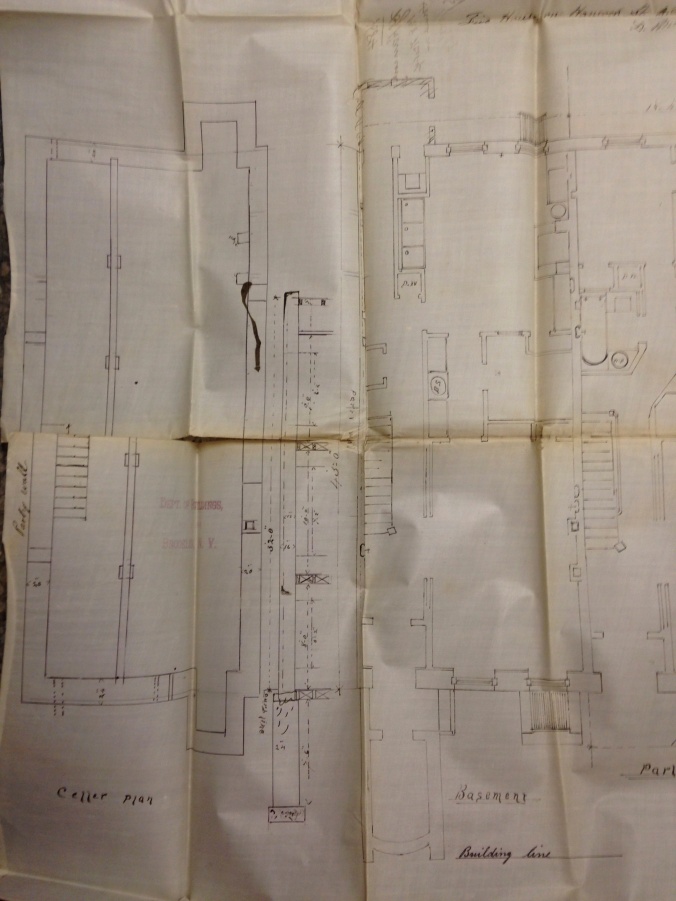 These are not nearly as fancy as the other set, and they are hand drawn – not a copy. The paper was coming apart as I unfolded it. I felt like I should be wearing protective gloves, or something. Instead, I was kneeling on the floor, using my back and legs as a barrier to keep people from stepping on the paper, since there wasn’t a table where I could unfold these to photograph.

The quality of the images is bad, but still clear enough to see that the layout of our home is largely intact. With the exception of the garden level, which lost the butler’s pantry and the little room in the middle, everything is still as it was in 1985. So yey for that!