(yes this is a bit late, since it’s almost week 3, but better late than never, yes?)

It’s been a hot summer in New York. It’s humid and gross and the simple act of blinking triggers a massive amount of sweat. While I’ve spent the week toiling away in air conditioned office, the hubs has been hanging off front of the house doing all sorts of amazing work.

Because of forecast called for heavy downpours for most of the week (which never really happened), the application of PeelAway1 was delayed. After much experimentation, we found that the optimum dwell time is 12-48 hours, depending on the surface to be stripped (flat surfaces need less, bumpy surfaces need more). Because we broke the cycle of application/removal (staggering the application and removal times so that you always have a section ready to strip), the stripping took a bit of a back seat to some of the other restoration work.

Remember our columns? For as long as we lived in the house, we always held on to hope that these guys were still under that thick band of ugly, no good, very bad flashing – and they were! Yey! 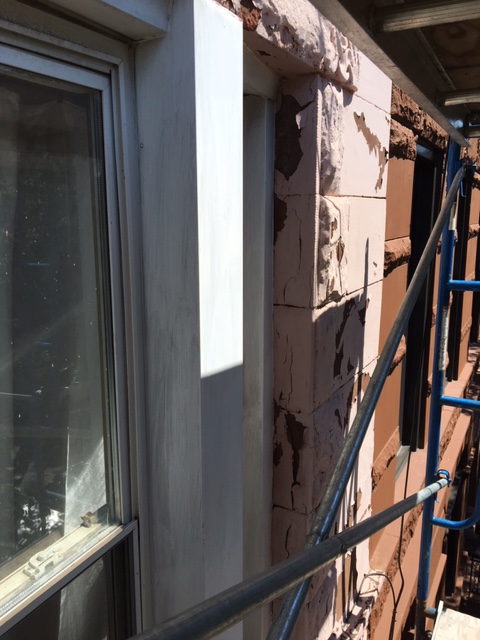 But they were also severely damaged. Our best guess is that the flashing was improperly installed, allowing moisture to slowly rot away at our pretty pretty columns. 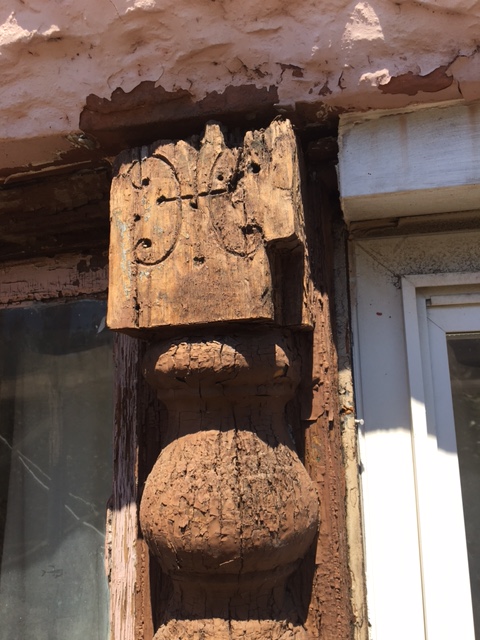 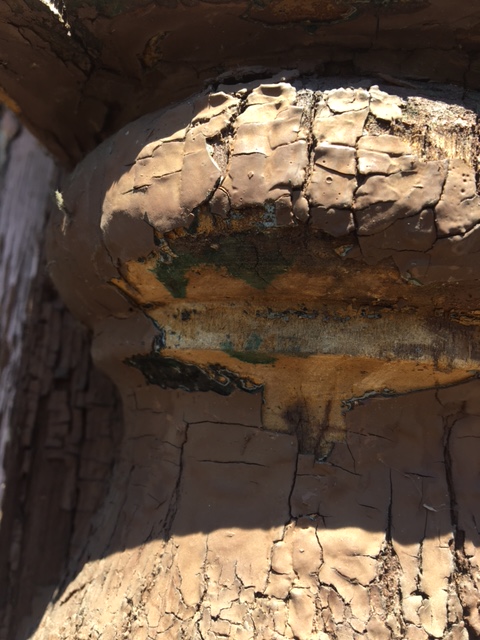 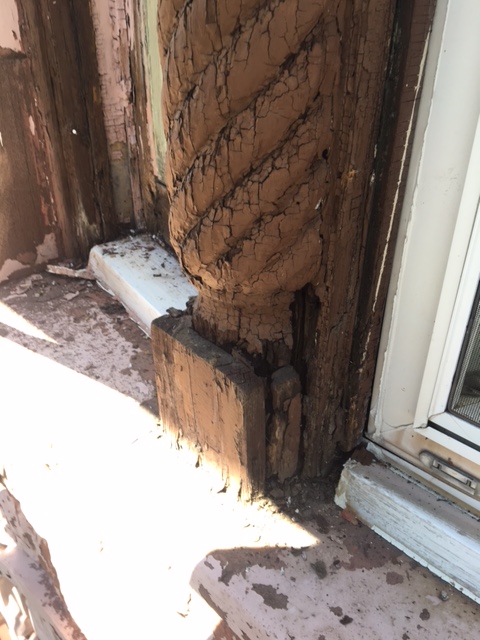 With a lot of patience, the hubs stripped the old paint and started re-building the more damaged sections. To do this properly, the columns should come down but we don’t have the time for it now (column removal would leave a hole next to a rotted window. No bueno). 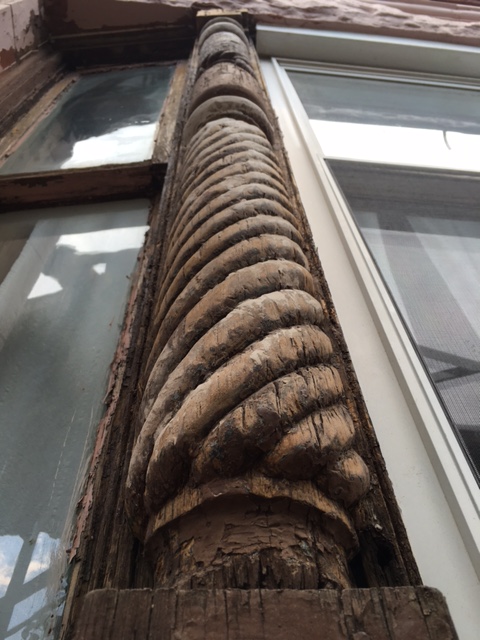 Knowing this is temporary, the approach was to stop the damage and make it look good enough from the street. Columns mid-repair: 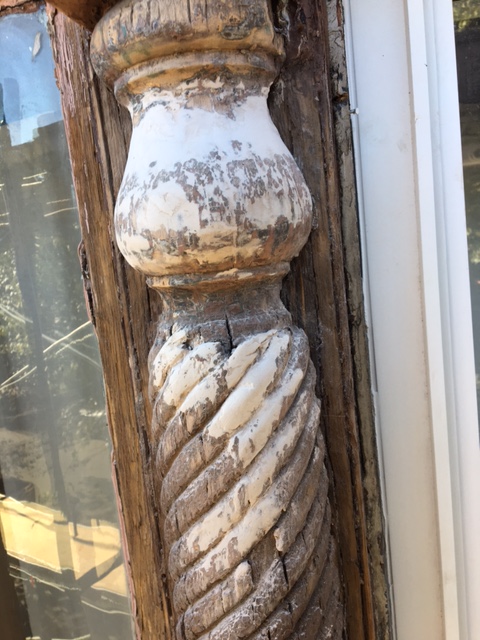 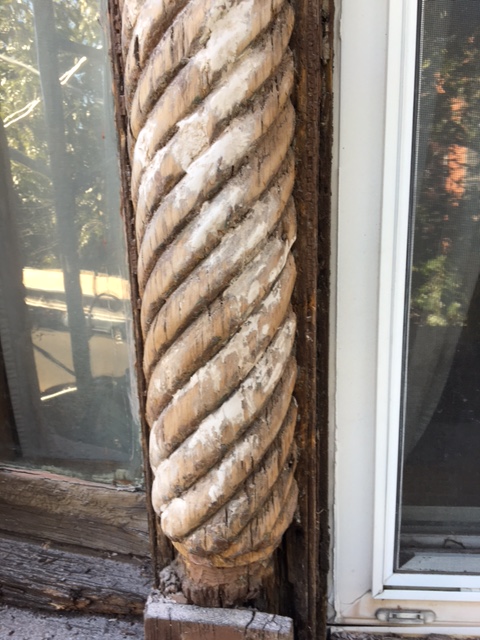 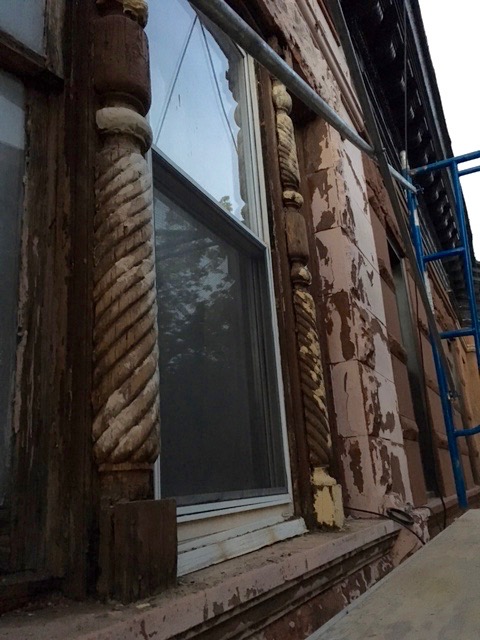